“When we were needing a carb restored for our `69 Yenko Nova, a few friends recommended giving Eric a call…they said the work would be excellent, and the turn around almost instantaneous. I couldn’t hardly believe it, but boy were they right! Eric called the day he recieved the carb, and had already torn it down and had started the restoration! A few short days later he hollered to say it had shipped, and we had the carb bolted on with less than 2 weeks of down time! Our 30 year old carb looks like it’s brand new.

And as if that wasn’t impressive enough, when we ran into a tuning gremlin a few months later, he helped us diagnose the symptoms via email, and even had us send it back to him to straighten out…being in the middle of summer we were up against a show deadline, and sure enough, we shipped it off on a Monday and Eric had the carb straightened out and back in our hands by Friday! 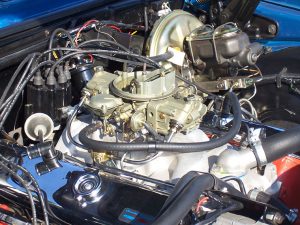