“I have used several different top name carb rebuilders,restorers over the past 25 or so years, being a member of the SYC site, I saw Eric come on board and advertise his services.

I contacted him about doing my 440-6 pack Holley carbs, wanting an OEM job he was glad to take on the challenge, I wanted my carbs to look factory assembly line correct with the still visible ink stampings, he was able to reproduce the stampings perfectly and even found a couple I didn’t find after he cleaned them up.

He recommended we go with new throttle shafts, which I agreed, He was also able to replace one of the center carb nozzles that had been melted some time in the past.

His turn around time was actually rather fast, not to mention his customer service. Over a year later I finally fired up my engine and began the tuning process on the carbs, they didn’t need much, after the car sat overnight I noticed that the carbs were weeping fuel at the throttle body to base plate gaskets, after contacting Eric about this he sent me a replacement set right away and wouldn’t let me reimburse him, now what kind of service is that? 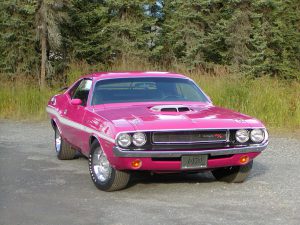